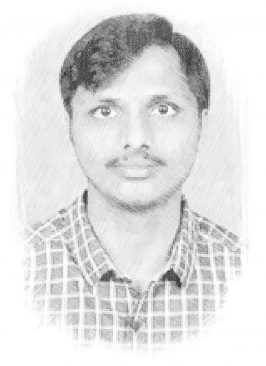 He has an extensive experience of 9.5+ years in the field of power system simulation and consulting. His specialization and areas of interest include Power System Analysis, Renewables, Power System Stability and Micro Grids. He has conducted several training programs for Utilities, industries as well as academic institutions. Mr. Hemanth Mavuloori as part of Enerzinx has been working with Equipment manufacturers, project developers and generation owners providing technical assistance for projects especially in the field of renewables.

Prior to Enerzinx, Mr. Hemanth Mavuloori was employed with PRDC Pvt Ltd, India as a Team Lead – R&D. where he played a key role in the development of  different software tools for control center operation, Energy Management Systems(MiPower), Renewable Energy Management Systems and Dynamic Security assessment. He also played an active role in the development of road map for the implementation of Smart Grid in the Maharashtra State Electricity Transmission Co. Ltd in India. Additionally, he has made immense contribution to Wind and Solar Evacuation studies as a domain expert for several projects across India and Abroad. He also played an active role in planning of KPTCL transmission network up to 2021-22 , Karnataka, India.

He was closely associated with International Funding Agencies like GIZ, USAID, for load forecasting & Power portfolio assessment, EV impact Assessment, Evaluation of Battery Energy storage systems, and ancillary services under Greening the Grid Programs.
He is also a member of IEEE SA IC group, working on the program “Implementation Roadmap for Systemic EV Adoption in India and Asia”.

Over 30 years of Combined experience delivering value to Energy Industry

Get in your inbox the latest News and Offers from Enerzinx.

Any cookies that may not be particularly necessary for the website to function and is used specifically to collect user personal data via analytics, ads, other embedded contents are termed as non-necessary cookies. It is mandatory to procure user consent prior to running these cookies on your website.